2019 World Robot Conference held in Beijing, the smallest one in DUCO family showed for the first time 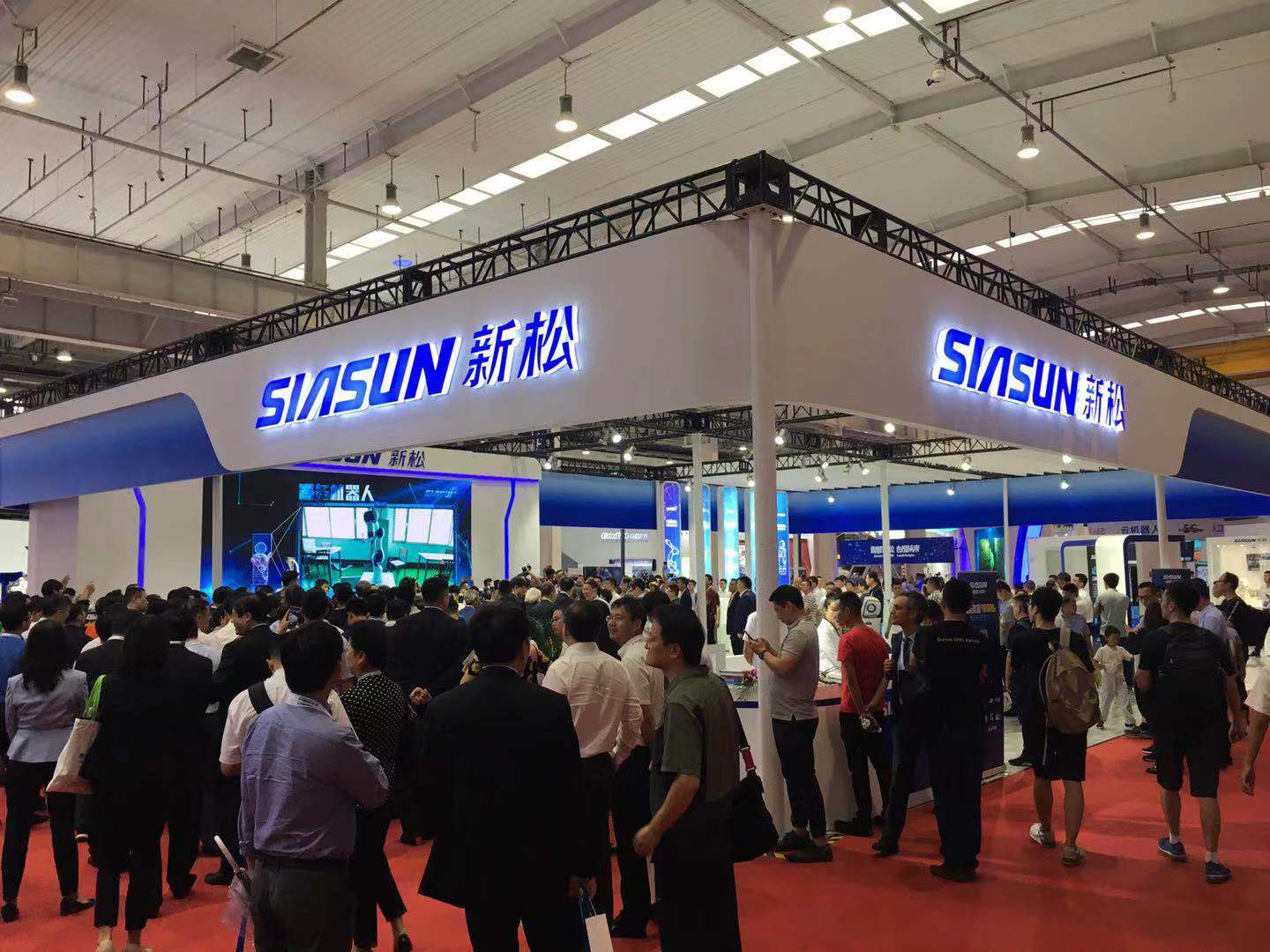 Caiqi, member of the Politburo of the Central Committee and Secretary of Beijing Municipal Party Committee, Wan Gang, Vice Chairman of the National Committee of the Chinese People's Political Consultative Conference, Chairman of the China Science and Technology Association, Chen Jining, Deputy Secretary of the Beijing Municipal Party Committee and Mayor of Beijing, Miao Yu, Minister of Industry and Information Technology of the People's Republic of China, Huai Jinpeng, Academician of the Chinese Academy of Sciences and other relevant leaders visited the SIASUN products with the reception of Qu Daokui, President of SIASUN and Zhangjin, Vice President and Director of Strategy and Marketing in SIASUN. 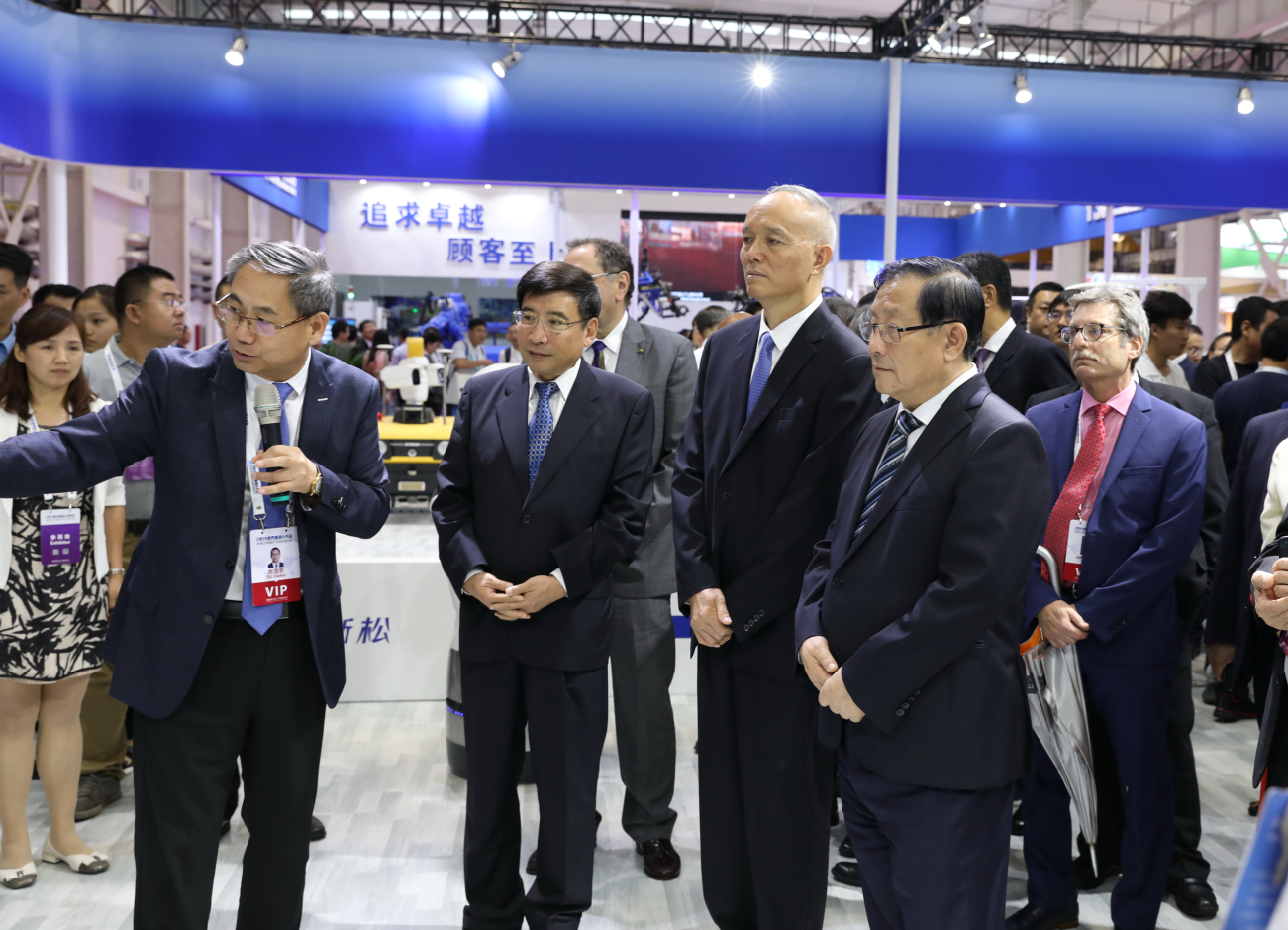 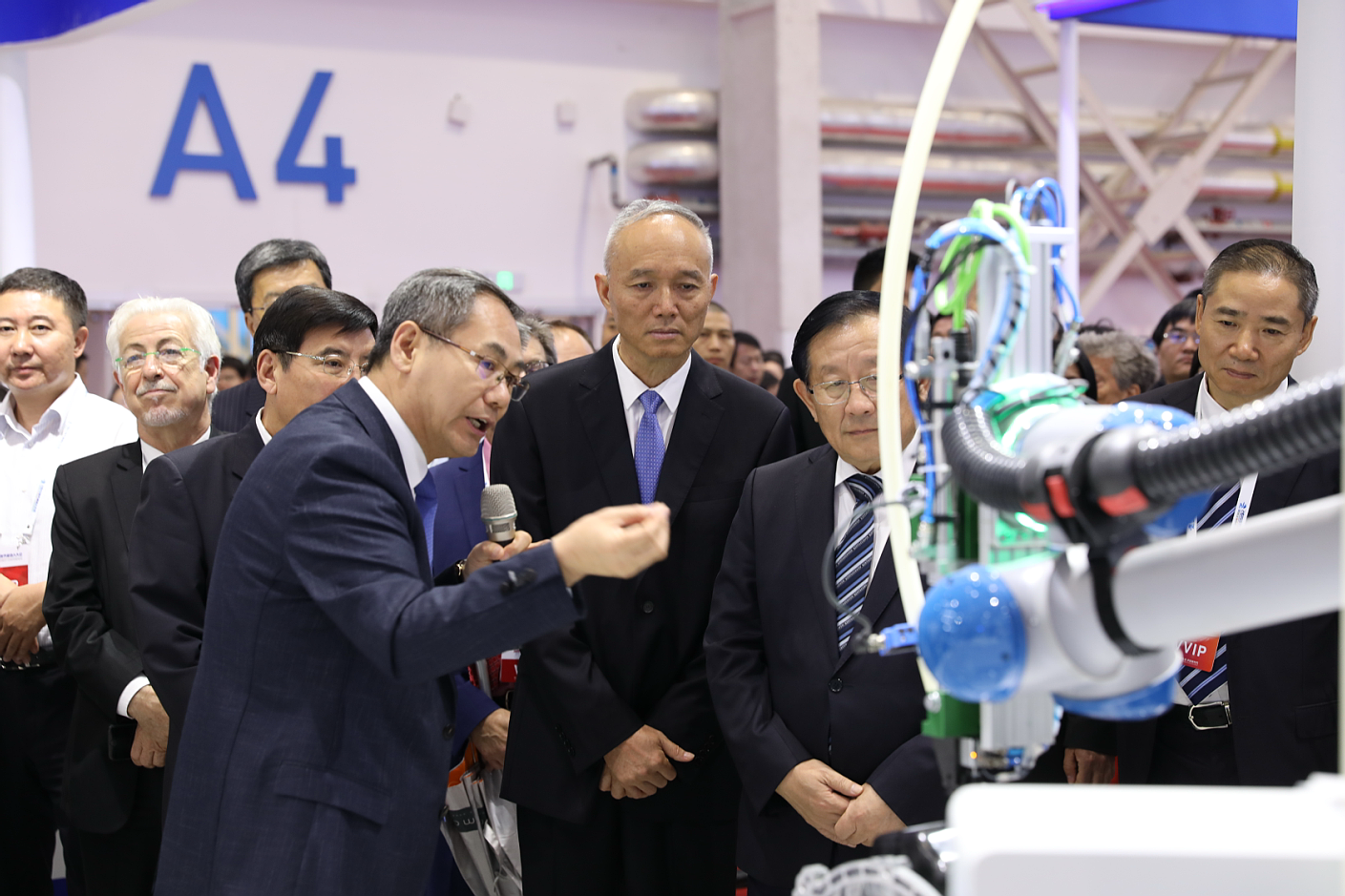 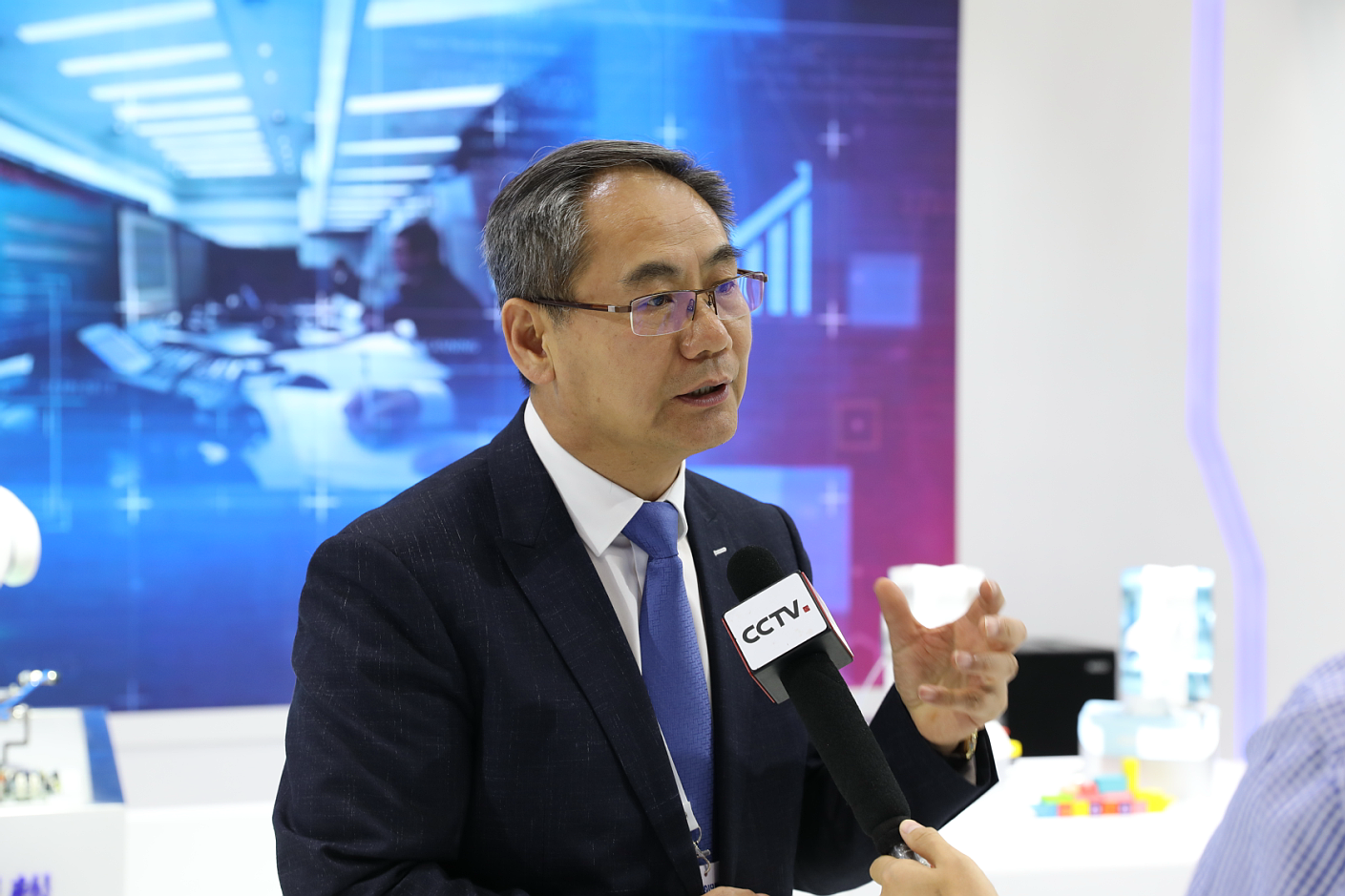 One of the highlights of this conference is that the TCR desktop collaboration robot "icobot™" Do not underestimate it. Although it is small, its speed and flexibility are not inferior to other cobot products at all. 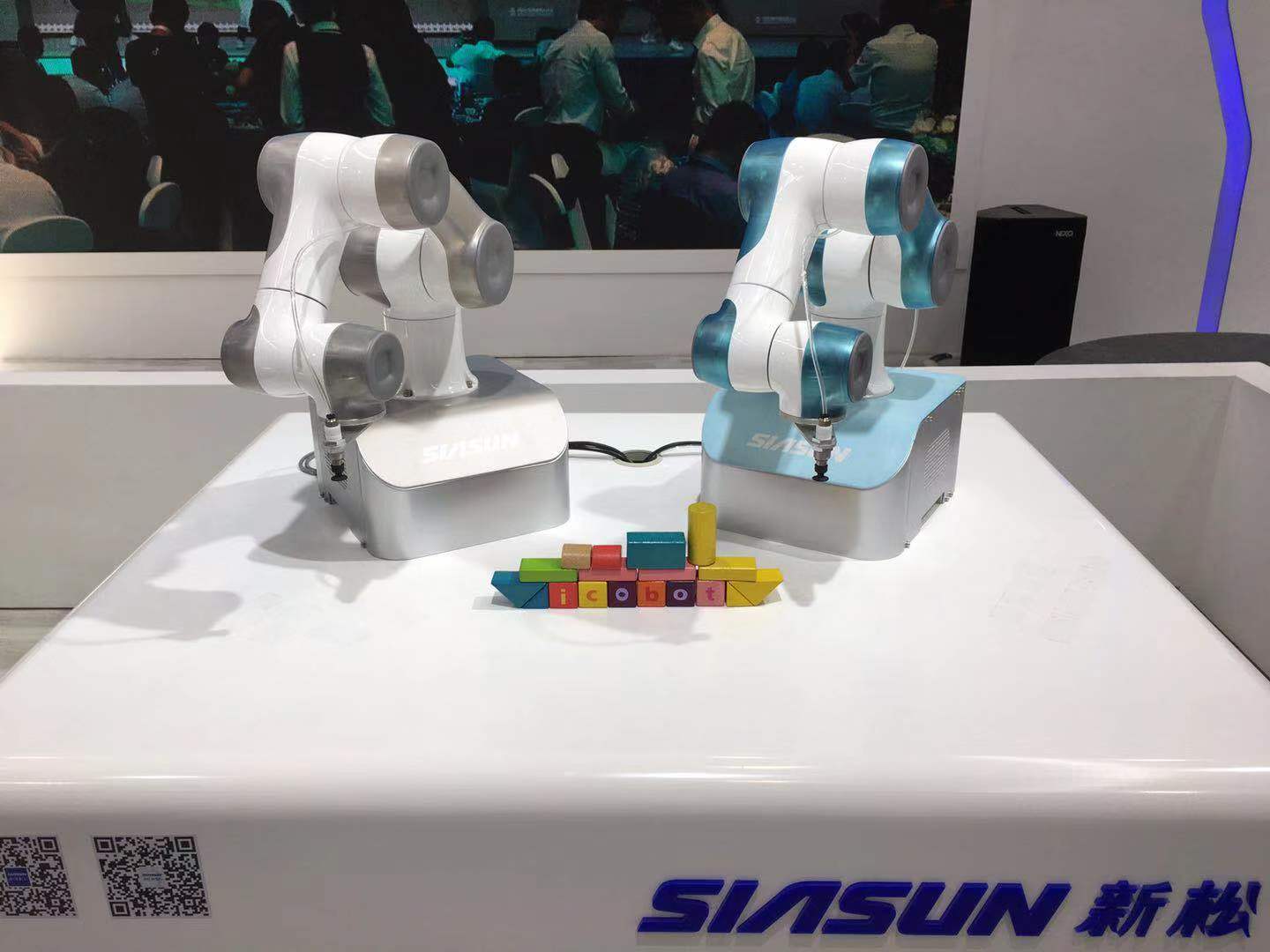 In this display, two TCR desktop collaboration robots lead the audience to a game of building blocks. They can recognize the randomly placed building blocks with different color and shape, and work together to build the building blocks on the table in an orderly manner. Spell out its name "icobot®" ship and sail in new era. TCR series collaborative robots are light in weight, small in load, and more suitable for desktop-level tasks. They are highly accurate and equipped with rich external interfaces. At the same time, they have various strategies such as collision detection to ensure security of cowokers. In addition to the desktop work tasks in the industry, it also applies to robot education and other scenes.

The automotive industry is a recognized industry with a relatively high automation rate. At present, more and more auto vehicle factories have begun to actively deploy collaborative robot production lines, using collaborative robots to perform repetitive work due to relatively complex processes and flexible and simple processes, and work side by side with workers to improve the overall production efficiency of the production. 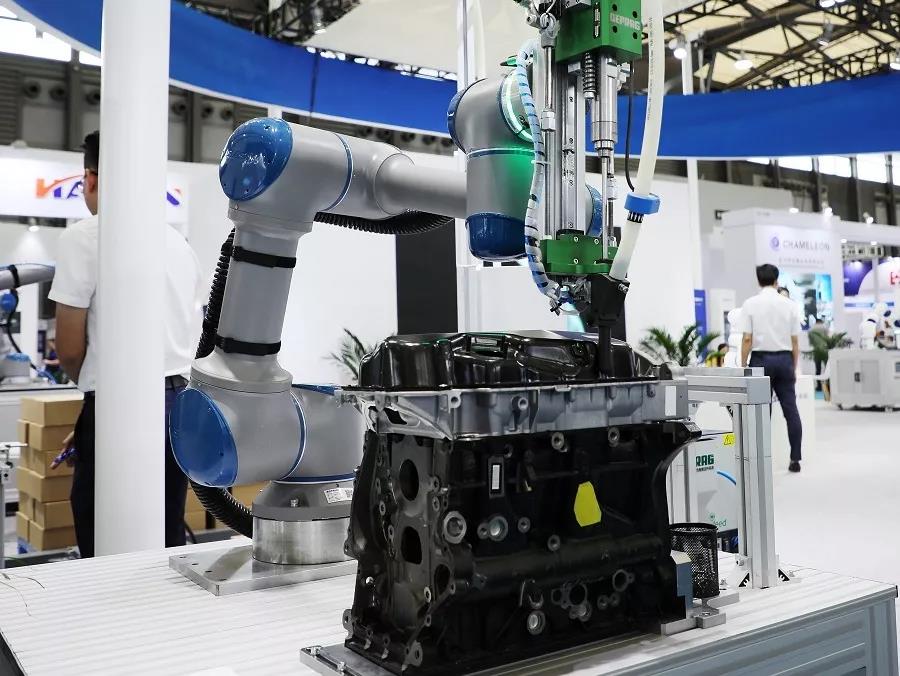 The multi-collaboration robot GCR 20-1100 displayed equipped with a tightening module at the end, and the screw automatic supply system is equipped to perform the tightening display of the engine cylinder. In the process of tightening, the screw automatic supply system controls the nail speed through the control unit and performs the shortage warning. Through the sensor to detect the screw position and the torque monitoring feedback, the screw tightening is confirmed. GCR20 has reached the industry's leading torque due to its powerful speed reduction machine power moment and its 1100 mm arm display advantage. With the tightening module, the GCR20 robot can implement multi-position fast tightening work.

With the complexity of the demand for mass consumer electronics, the updating of products is changing rapidly, and the 3C industry's demand for intelligent manufacturing is also expanding. In thinking about how to increase the return on investment of production equipment and achieve efficient production, the cooperative robot that can quickly adapt to the production environment of the 3C industry has entered the vision of the terminal manufacturing company. 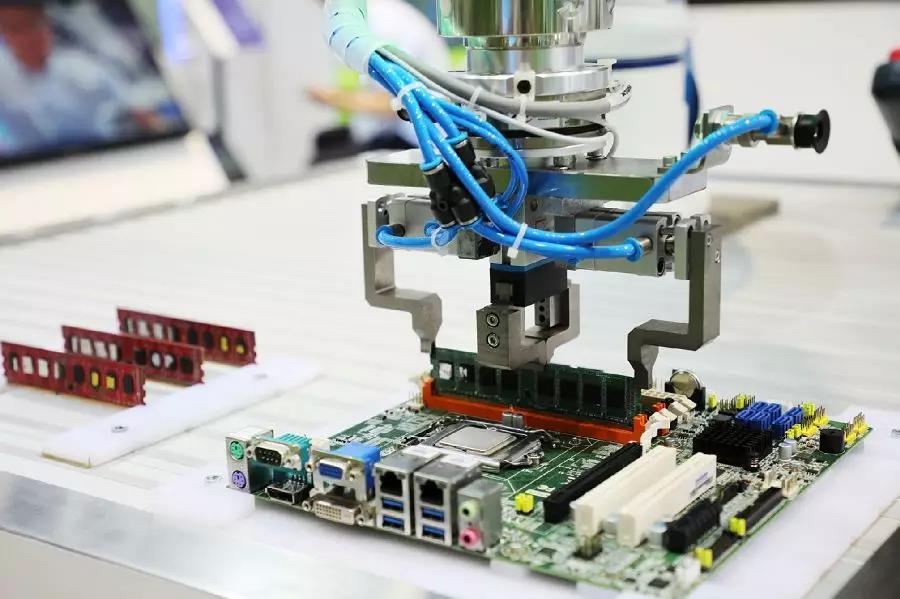 The collaboration robot SCR5 displayed this time will remove the compression wire of the CPU chip in a complex environment, remove the memory bar through a customized air claw, and insert it into the memory slot of the PCB motherboard and lock it.
In small and medium-sized enterprises, the advantages of collaborative robots will be particularly prominent in the complex and narrow working space of small and medium-sized enterprises. They will occupy a small area and can be rapidly deployed and switched. They will have small changes to the surrounding environment and sensitive collision detection, which can ensure the safety of the surrounding personnel and easy to operate and easy to use.
In this exhibition, SIASUN also brought six categories of products, including industrial robots, security patrol robots, bed chair integrated robots, logistics distribution robots, government service robots and loose net robots, from industrial, medical, furniture, to special scenes.  You can experience all aspects of the industrial robot application upgrade, and immerse in the intelligent home to bring about the intelligent changes in life.